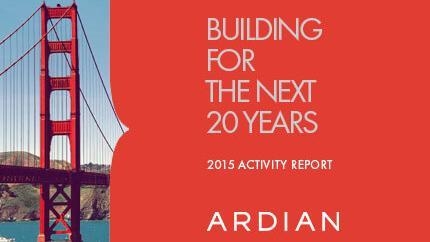 Ardian Infrastructure will become shareholder of Autovia Padania, contractor of the motorway concession Piacenza-Cremona-Brescia (A21)

Once finalized, the deal creates a partnership between a leading global motorway operator and one of the most important investment firms in the world and represents the basis to jointly develop new business opportunities in the infrastructure sector in Italy and around the world.

Turin, June 6, 2017: Ardian Infrastructure has signed an agreement with SIAS, Satap and Itinera, to become a shareholder of "Autovia Padana", the company which operates the A21 Piacenza-Cremona-Brescia motorway.

Until now, Autovia Padana was owned by Satap (70%), the company which manages the A4 Turin-Milan and A21 Turin-Piacenza motorways, and Itinera (30%), an international infrastructure company controlled by ASTM.

With this agreement, Ardian, through its fourth generation Infrastructure Fund, will acquire a 49% stake in the asset for approximately €80m, with both Satap and Itinera reducing their stakes in the share capital to 50,9% and 0,1% respectively.

Ardian’s investment remains subject, inter alia, to the authorization of the Ministry of Infrastructures and Transports (MIT) and to final approval of Sias’ Board of Directors.

Under the agreement, ASTM Group and SIAS Group will retain control of Autovia Padana and will continue to consolidate their investment using the line-by-line consolidation method. It will enable Itinera to act as an EPC contractor for the program of investment and maintenance as forecasted in the economic and financial plan of the concession agreement.

The deal will form the start of a strategic partnership between SIAS Group and Ardian, which already has an extensive presence in the Italian market and recognised the strategic and financial values of the group business model. Ardian Infrastructure currently has $8 billion of assets under management.

This first joined investment represent the base to jointly develop new business initiatives in the infrastructure sector in Italy and around the world, in a growth and internationalization perspective.

Be the first to review this item!