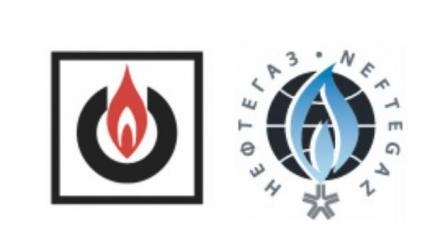 - succeeded in impressively confirming its role once again as the most important industry meeting point for experts from all over the world: to the tune of 20,200 international trade visitors travelled to Moscow to find out about the latest developments in the fields of equipment for the oil and gas industries.﻿

Alongside the latest extraction technologies for oil and gas reserves the trend themes at many stands were the future of the raw materials business all the way down to modern environmental monitoring systems and the trend towards Industry 4.0.

Exhibitors at NEFTEGAZ particularly emphasised high visitor competence and delighted at numerous business deals done and the networking among experts. Drawing positive conclusions, Alexej Kovalev, Vice-CEO of OOO VEGA INSTRUMENTS and representative of VEGA Grieshaber KG, Germany, said: “Our company has already participated in NEFTEGAZ for over 15 years now. If a company opts in favour of participating, then it primarily hopes to substantially boost its sales in the first place, to get to know new customers and to strike new deals. In this connection our participation has paid off to the max.”

Pleased with the successful outcome of the event, Werner Matthias Dornscheidt, President & CEO of Messe Düsseldorf, said: “One thing has become perfectly clear again: the concurrent holding of the trade exhibition and the national Oil & Gas Forum results in valuable additional business opportunities for our exhibitors and visitors. At NEFTEGAZ experts meet with the whole spectrum of national industry. As the only trade fair for the sector NEFTEGAZ is under the patronage of the Energy Ministry of the Russian Federation. We and our partners OOO Messe Düsseldorf Moscow and AO EXPOCENTR regard this as a special honour.”

The trade exhibition also featured German participation this year. The “German Pavilion” organised by Messe Düsseldorf included 32 companies on a total area of 774 square metres. “A good result, considering there was no official participation on the part of the Federal Ministry of Economics and Technology on account of the economic sanctions,” explains Werner Matthias Dornscheidt. Next to Germany, China also took part with its own national pavilion.

This year NEFTEGAZ was again accompanied by a varied programme of seminars, panel discussions as well as the concurrent Oil & Gas Forum for Oil and Gas Extraction Technologies.

Be the first to review this item!

By i. A. Larissa Browa - Messe Düsseldorf GmbH