﻿Add Tubelinks NEWS in your NEWS Bookmarks to see whats happening in the tube world, without the nonsense!﻿﻿﻿﻿﻿﻿

A TUBE manufacturer is celebrating half a century in business and continued growth.

Family-owned Wells Spiral Tubes Ltd has carried out extensive improvements and invested in new machinery at its Airedale Road, Keighley, base, and it is adding to its current 24-strong workforce.

Three new spiral tube machines have been installed at the Prospect Works site, where a new glass entrance has also been built and the yard doubled in size.

Wells makes spiral tubes, fabrications and associated fittings and distributes them across the UK and Europe. Its specialities include flue systems and galvanised, aluminium and stainless steel ductwork.

Sectors catered for range from drainage and agriculture to civil engineering.

The company – which will mark its 50th anniversary with an event for staff and clients – is run by managing director Paula Stenhouse and Deborah Wells, daughter of the firm’s late founder, Philip Wells.

Financial advice around the investment and expansion has been provided by chartered accountants, Hentons. 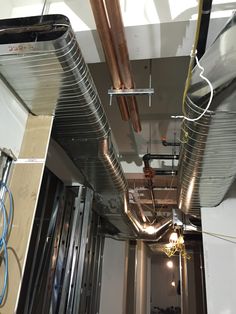 Paula said: “This is a significant milestone for the business.

“We’ve seen some monumental changes in the manufacturing sector in the past ten years, which we have been in great shape to embrace and exploit.

“Having two determined, hands-on female directors at the helm – supported by a loyal and dedicated team – means the business never stands still.

“We are constantly looking for ways to innovate and remain flexible, both key factors in our ongoing success.

“Hentons have been very much at the heart of what we’ve been able to achieve, providing sound financial advice and ensuring that important investments made by the business were carried out at exactly the right time to facilitate future growth.

“We still have ambitious plans for the firm moving forward, building on the incredible legacy of the past 50 years, and Hentons are very much part of the team involved in that journey.”